How to execute game layer strategies

During the next decade, the game framework will develop very quickly as new types of game developers and  commercial ventures join the mobile gaming arena.

Presently most aspects of mobile game design and general console game design can be dramatically improved, in areas such as game layers and strategies as well as game dynamics. As a rule new games are released with the hope that “In Play Purchases” will work, alongside the hope that the game itself, is a success with end users, most especially the evolving mobile gaming community. The science behind the game layers is often overlooked, with the emphasis on “Branding” and other commercial driven needs and desires. Whilst this way has worked well with the previous decade of mobile and console users, it is by far the wrong way for the next decade.

If we examine the game developers mindset, and look at what drives him or her to there end goal, it is generally the following:

Most developers will look at the aforementioned list and pretty much agree with half of them, as they have been the back bone of the “Game Story Board” and “Technical Brief” not to mention being instrumental in the implementation plan and VERY brief feasibility study.

The parts that are often overlooked, that are more important now than ever are as follows:

The term social layer in this instance relates to the existing Facebook “Open Graph” layer, which is by far the leading metric tool.

Now implementing the Social with the Game Layer, is simpler that people realize, most especially for the game developers, who by enlarge generally conflict to change. And so they should, when they have followed there tech worksheet in full, why then try and double back and make edits to ensure social and game layers work in harmony, after all reverse engineering code, is more difficult. This type of work, can be set out right at the beginning of the mobile game production, with simple “Predefined Actions” being implemented into the game infrastructure.

Another is adding a  Geo location and update on various social networks, this works extremely well if you are looking to meet someone who also likes to game. This is pretty much on a par with how the Xbox and Playstation players, play online. The difference with a mobile game, is that you may be near someone in a train station, University or other public place, and then join up with them to take on challenges. Why not take a look at some of the new mobile apps section of our website.

Influencing the gamer’s behavior and making a game more popular is best achieved via the joining up of Social Layers and Game Layers. Of course each game and also each gamer has a unique set of rules and options in terms of how the layers interact for the game play, I am confident most people get a basic understanding of what mobile game layer strategies are and also how they can be for future games.

The game dynamics and game players, should challenge themselves constantly, as this is surely the best way to evolve and develop new games of the future, that are not static but fluid and self evolving. The easiest way to achieve this is by communication, between the end user, the game developers and the commercial entities that drive the whole game industry forward.

The mobile games industry is responsible for the huge increase in growth of the mobile media sector. It is reported that in 2014 the mobile industry generated over 20 Billion pounds sterling in revenue, with over 15 Billion coming from Smartphone gaming. Whilst mobile devices appear to be the front runner at present, there has been an increase for other devices such as Apple IPADS and other hand held tablet devices. By the year 2019 it is estimated the mobile sector will grow to more than 45 Billion,  with approx 1.5 billion mobile game users around the globe.

Some interesting mobile game statistics have been added in the image below: 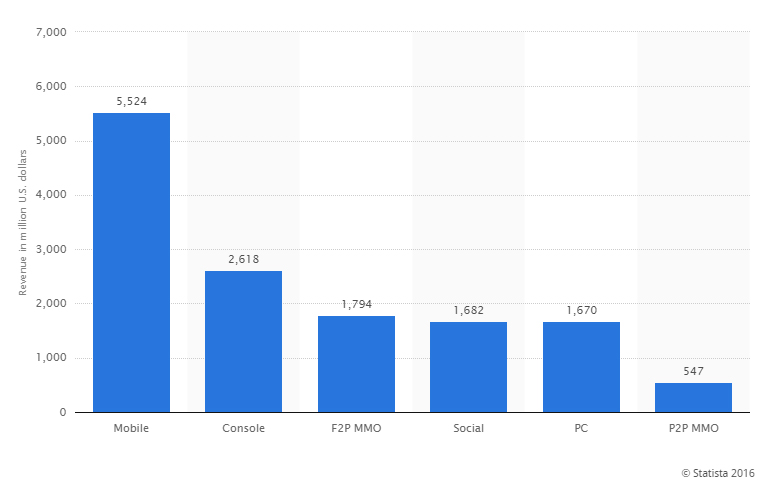 These stats have been provided by Statista

During the course of 2016, there have been some fantastic mobile games introduced into the Industry, and we have added a brief review of each of our favorites below:

This game invites players to deflect attacks in a variety of ways, such as Darts, Arrows and more. A really simple game, that almost anyone can play on the move, with a very addictive game play element.

A wonderful mobile game that brings skate boarding to life in an enjoyable way. The aim is to dodge whatever hazards are thrown at you, as you skate with your friend Aya. This is an easy on the eye game, that offers something a little different whilst you are on the move.

If you are looking for all of the fun of Las Vegas in the palm of your hand we highly recommend Reel Vegas. This gaming provider offers slot games, roulette completely free of charge, along with the option of betting if you want to.

The game play is pretty impressive with Crashlands, as the theme is based on crashing your spaceship on a strange planet. The sounds are awesome, and the whole game play appears to be based on finding your way home away from the plant. A great game that anyone can play, on pretty much any type of mobile or tablet device.

The award for the best mobile casino for 2016 has been given to Chomp Casino, a free and simple to use games website, that works on pretty much any mobile phone and tablet device there is. Offering all of the usual industry standard Vegas style games, Chomp offers a simple “Swipe and Play” option for all users to enjoy. The company are pretty new to the mobile gaming sector, and already have made quite an impact.

For other Free mobile games, we recommend taking a look at the Official EA Sports Mobile games website.

The Best Mobile Product for 2016

The Portajoy Bluetooth Speaker has been awarded the best mobile product of 2016, with over 2000 votes from our readers and subscribers.

The speaker offers fantastic HI-FI sounds from any mobile phone or tablet that has Bluetooth, and boy does it sound great.

The range is also pretty impressive, we tested it over 10 meters and it was working great. Another great feature is the compact speaker and sensor touch control, which really does make it stand apart from other similar products. Whether you are camping, driving or sitting in the bath, this is a great product with fantastic sound.

The system has great BASS and a built in Microphone for hands free calling. This is also a great way to have a conference call whilst on the move. 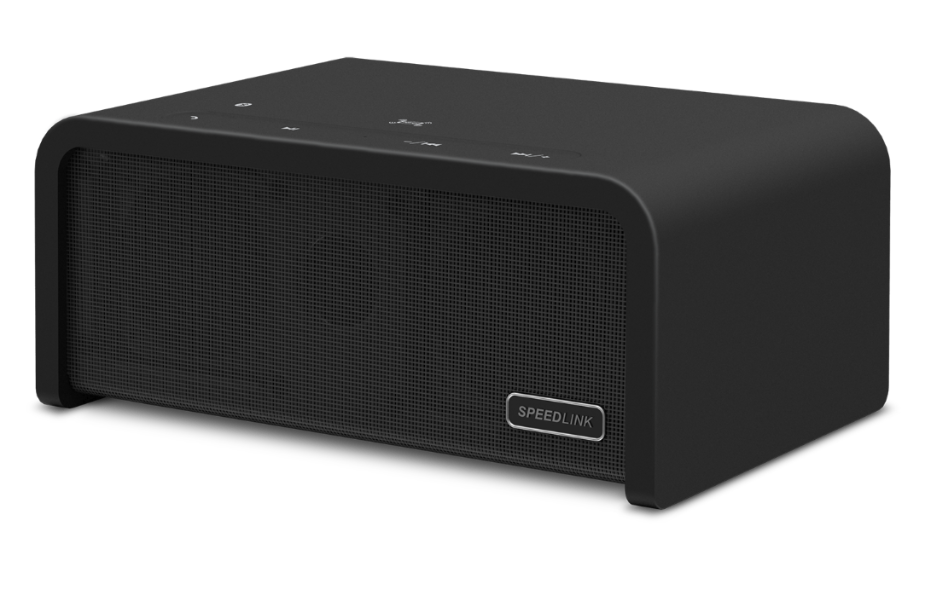 More information can be found on the Speedlink Mobile Products website.